The Aldershot Open is one of the first competitions of the year, a smaller open but worth putting in the calendar as it’s friendly, well organised and a good venue being at the Army base with plenty of parking. Aldershot is also relatively local, members of the Dream Fencing club should put it in their diaries for next year. 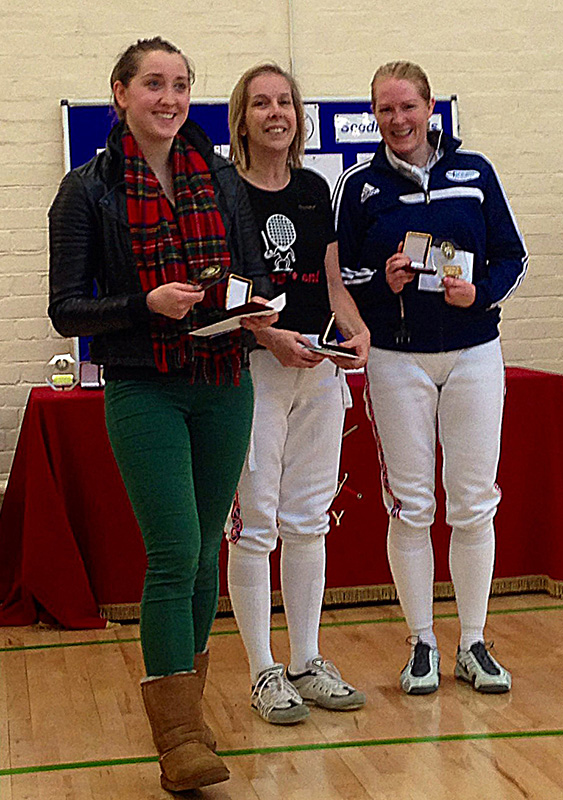 Nicola got off to a solid start only dropping one poule fight and being ranked 5th meant a bye into the L16. She then comfortably beat Eleanor Akers in 3 minutes to make it through to the last 8.

Verity Howell was a more challenging fight, hits were exchanged and the score fairly even up to about 9 all when Nicola finally pulled away and secured a victory reaching a medal position. Her next fight was against Florence Bird a fit mobile fencer who had been successfully scoring foot hits. Luckily Yosif's training paid off and some speedy retreats meant no foot hits were scored and Nicola always seemed to be a good few hits up on her opponent.

The finals were a closely fought battle against fellow veteran fencer Jenny Morris. Down 2 hits Nicola evened the score to 13 all, then a double was scored. Sadly the final hit went to Jenny.... Nicola will have to wait until next year to try again to win gold!

A good days fencing and hopefully a few more Dream fencers will join Nicola next year.